Stacey and Kieron have a three-year-old Finnish Spitz called Pepper. Pepper has been using Animo, our new activity and behavior monitor for dogs, for the last three months. We got in touch with them to find out how things are going. 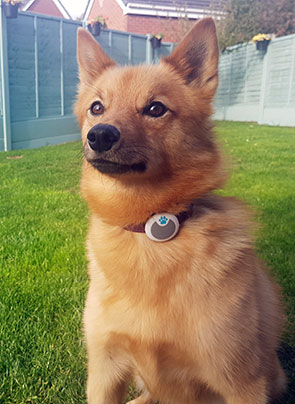