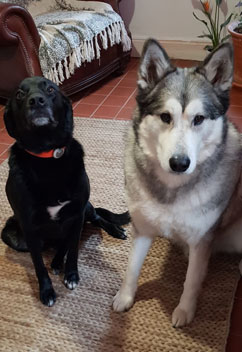 Danie finds the goals on the gauges of the app dashboard useful and will always aim to ensure his dogs reach their goals. Since using Animo, he has found that he has changed his behavior towards their activity. For example, if he discovers in the app that the dogs have almost reached their goal, he’ll take them out for an extra walk so that they can hit their target for the day.