Animo gives Beano’s owner an insight into his daily life

Ben has a one-year-old cockerpoo called Beano who recently starting using Animo, our activity and behaviour monitor for dogs. We got in touch with Ben to find out how Animo has helped him to get an insight into Beano’s daily life.

I like to check how much exercise Beano has had just to be sure he does not need to go for an extra walk at the end of the day – it’s also a helpful way of checking up whether my kids have really taken him for a decent walk or not.

Do you feel that Animo has helped you to care for Beano better?

It has certainly added a new dimension to understanding Beano’s lifestyle and it’s reassuring to be able to check key metrics like activity, sleeping and barking.

Can you tell us why you like the barking detection?

I like the barking detection because it is a feature that differentiates the Animo from rival products. We’ve not noticed any specific issues with barking – but it is good when he has been left alone during the day for a few hours to check that he was not barking the place down. There was one morning that he started barking at 5am and eventually stopped – I was able to look at the app to confirm that it had happened when I woke up later on!

Have you noticed any changes in sleep quality?

He’s a young dog who sleeps well so he is consistently above 90% - he sleeps really well. That said, he certainly missed out on some sleep on New Year’s Eve when we partied until 03:30 – that is a blip in his almost perfect sleep record when he dipped below 50%! 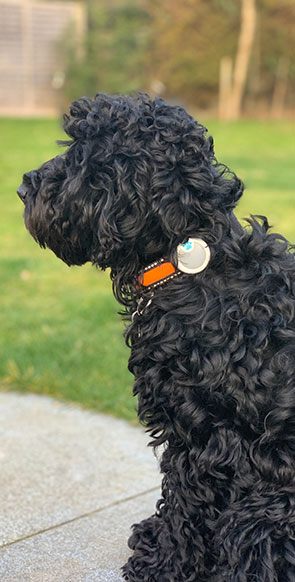 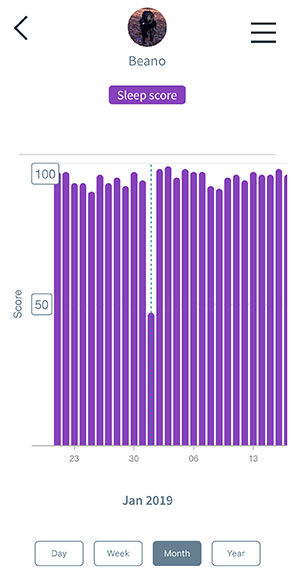 Have you set activity goals for Beano?

Beano is a very active dog anyway – but we do have goals set of two hours activity and 800 calories. He quite regularly achieves these and it’s always nice to see a gold star on the app.

Yes – it’s great and definitely gives you additional insights into your dog.