In 2011, Ronnie was still a young cat when he was found in a car park on a motorway in a remote area of Denmark; left alone and to his fate. Today Ronnie lives with his siblings Lilly and Tom as well as his rescuers and adoptive parents Waltraud and Edgar in rural Germany, where he has plenty of outdoor space to explore and a safe place to call home.

Waltraud, can you tell us what makes Ronnie so special?

Ronnie is a very sociable male who seeks the attention of others, whether human or animal. Apart from that, he is quite independent and enjoys his freedom. Often it drives him out for hours before returning home hungry.

What motivated you to seek more control over his activities and routines?

The deciding factor was an incident during our holiday. We had hired a sitter to feed our cats and generally look after them. We had a call that Ronnie had not been spotted for two days. After some time of restlessness and uncertainty, we ended the holiday early to go home and look for him.

We handed out flyers and called him for hours, but to no avail. Then the next morning, as I stood on my balcony sipping a coffee, busy planning what to do next, I saw him walking towards me. Of course, my relief was just immense. Soon after that we purchased the SureFeed Microchip Pet Feeders to be able to get a better understanding of when Ronnie normally comes home. Thanks to the feeders, the cat sitter can see that Ronnie is regularly home and eating his meals. She does not have to worry about him, even if she does not see him for a while.

You also have a Microchip Pet Door Connect. How has this product been useful?

The other day our Ronnie went missing again. My husband said that he had not seen him for some time and he usually stays at home for his early evening feed. So, I checked the app to see when he’d left the house. But the app indicated that he had been in the house since 10am. We were very surprised and searched the whole house for him. We found him in the attic. Somehow, he must have gone up there and the door closed behind him. I was very happy to have found him and he was, I'm sure, happy too. This incident has convinced us that the Microchip Pet Door Connect is an essential piece of kit.

What made you decide to install a Microchip Pet Door Connect?

You just have a much better overview. We were on the road in Scandinavia the other day and it was fascinating to be so close to our cats from so far away. I was able to see exactly when they came and went, knowing that everything was alright. And when there was a bad weather warning for Germany one evening, I simply locked the pet door from over 2,500 km away, so that my three cats were safe in the house. It’s just awesome. I would not want to be without it.

In the Kniep home... 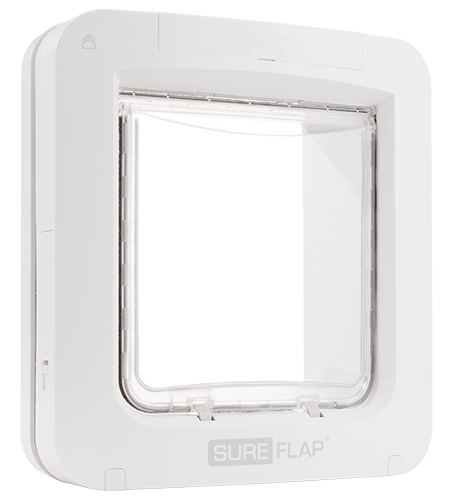 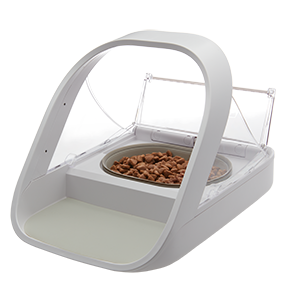